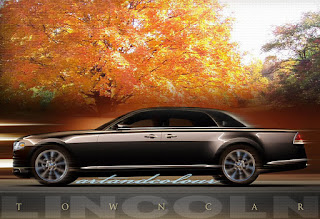 I created this fully contemporary Lincoln Town Car replacement more than three years ago. There is still no real replacement from Lincoln for this once-popular long wheelbase sedan, and I can honestly say that my rendering would still look good in a Lincoln showroom today.

Should Lincoln be preparing an über sedan, perhaps with an extended rear wheel drive platform?
Posted by Casey Shain at 3:21:00 PM 10 comments: 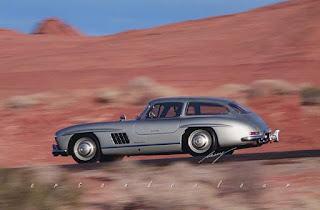 Click photos to enlarge, as always, here at casey/artandcolour.

Looking through my earlier work, I realized I haven't yet posted this mid 1950s Mercedes Benz 300 Gullwing Tourer on this blog. I chopped this up in 2007 or so. All the cool people that collect station wagons these days refer to them as "Longroofs" and that's certainly true of my version. I don't believe this change would have added too much weight to the original coupe and with that rear hatch and additional loading space, might have made this incredible sports car just a bit more useful for Grand Touring. 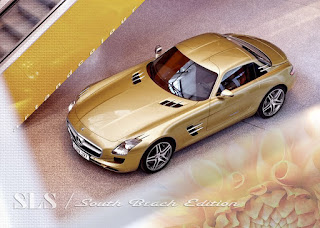 My primary reason for modifying the current SLS, the newest Gullwing, was to change the window graphic. The new one has a solid B/C pillar instead of having rear quarter windows as the original. I just don't think the car looks right without them. I'm sure the blank quarters add torsional rigidity, but I'm also certain that Mercedes/AMG engineers are brilliant enough to overcome any loss with added windows. Above, my "South Beach" edition is metallic gold with additional strakes and silver trim. You just can't be "bling" enough for South Beach! Below, additional work was done to shorten the very long hood. I wanted this Gullwing to be a hybrid, and to be as lightweight as possible to I changed the proportions accordingly. I still think it's a beautiful car and could be the Hybrid to end all Hybrids if produced. 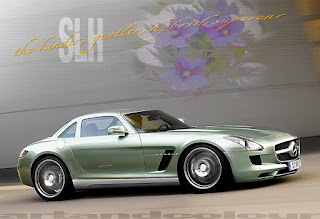 Note:
My friend Woody Thompson's car site has a new URL now: woodyscarsite.blogspot.com. The old links won't work for it. Please adjust your bookmarks and head over there today!
Posted by Casey Shain at 10:19:00 AM 2 comments: 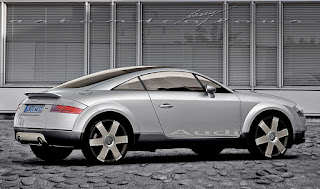 Until I can carve out a night to finish several chops I've started, how about some cool Audis from my past... Above, the first generation TT coupe reimagined with a larger glass area, smoothed contours and detailing and more ground clearance for true snow- and off-road capabilities. The better for those quick trips to Gstaad in the winter. 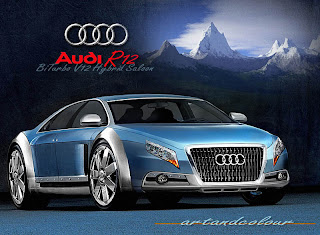 One of my early chops, but still one of my favorites, a mythical Bi-Turbo V12 hybrid mid-engined super saloon. 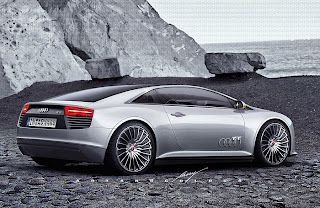 My futuristic third generation TT e/Tron, based on a recent concept car from Audi. 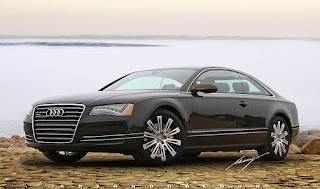 Audi really ought to have a large coupe to compete with the S Class coupe (CL). Above is my large 2-door A8L-c. 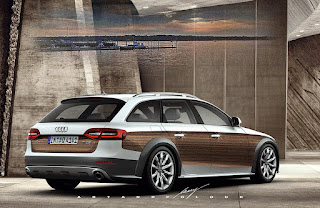 The Black Forest edition Avant. I will keep trying to get today's manufacturers to use micro-veneers until my Photoshop is taken away from me, lol. 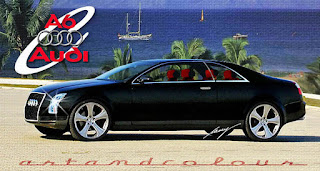 Another of my very early chops, this Audi A6C was inspired by the large Italian luxury coupes of the seventies, such as the Fiat 130 and Lancia Gamma.
Posted by Casey Shain at 12:44:00 PM 2 comments:

Back in early 2010 I was "desperately" trying to save Mercury in the only way I could: with renderings. It was my idea that Mercury could become FoMoCo's high-tech, hybrid division. Ford would be the mainstay bread-and-butter cars, the volume sellers, in a position it has held for more than 100 years. Mercury would be a step-up in price and features, but instead of just "fancy" upholostery, the drivetrains would have been exclusively hybrid and electric. The styling, inside and out, would be more contemporary and high-tech than Ford's more traditional looks. Lincoln would have been pushed further upscale, ensuring Ford's presence in the full luxury market. Alas, it wasn't meant to be. Mercury was dead not long afterwards. In all, I believe I created more than 40 Mercurys in about 2 years of trying to bring the marque back to relevancy.

My first car was a '69 Comet sport coupe, the bottom-of-the-line pillarless coupe. It was nicely optioned though with 302 V8, power steering, power brakes, air conditioning and a power trunk opener. I'm not sure how many low-line Comets were equipped like that. 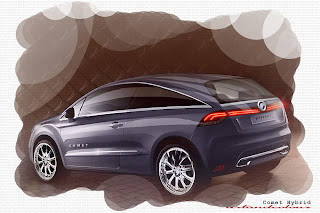 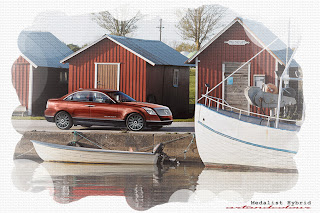 Compact-sized Medalist sedan. "Medalist" was last used in the mid '50s by Mercury. 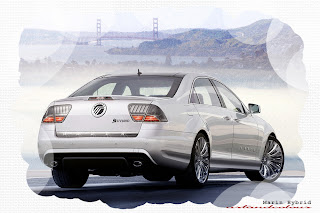 Slightly larger Marin sedan, a prototype to replace the then-current Milan, but... 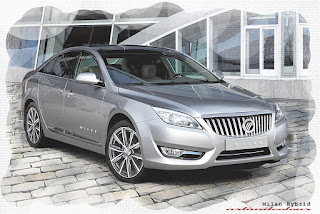 ... then I created this new Milan 4-door "coupe" which I preferred. 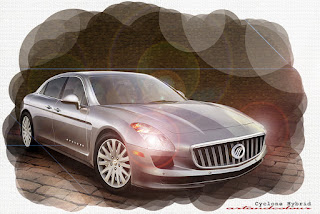 Sitting at the top of the Mercury heap would have been this Cyclone sedan, a full size hybrid sedan with supercar levels of power. 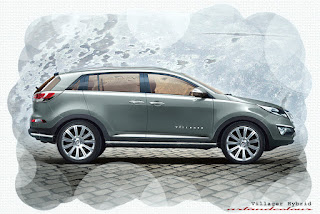 Moving to crossovers, this Villager would have anchored the compact segment ... 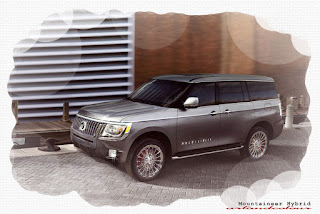 ... and the Mountaineer would have elevated their top-shelf SUV to Range Rover levels of capability at Land Rover prices. 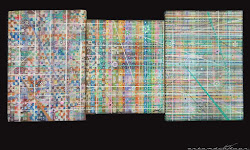